We are living in an age of discovery in gravitation and cosmology. In particular, the detection of gravitational waves and the dawn of precision cosmology have given us precise tools to understand the most extreme cosmic events from the quantum fluctuations of the inflationary universe just a Planck time after its birth to the merging of black holes that radiate three or more solar masses in the form of gravitational radiation. The aim of the Centre will be to pool together our efforts and connect theorists with various expertise and phenomenologists to examine whether we can systematically test the fundamental paradigms of classical and quantum theories of gravitation and understand our universe. 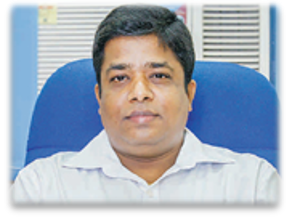 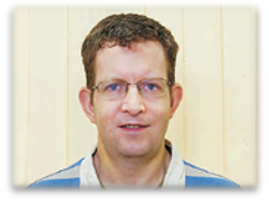 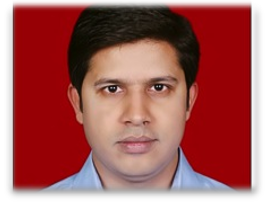 Our goals are two-fold:

(1) precision measurements of Standard Model phenomena to either better understand their mechanism, such as the quark gluon plasma, or to searchfor small deviations from predictions that would indicate the presence of new particles participating, particularly decays of beauty and charm quarks; and (2) direct searches for new phenomena at the LHC where heavy new particles can be produced

This work is done through collaborations of thousands of physicists that operate at the few accelerator laboratories around the world: CERN (Switzerland), KEK (Japan), FAIR (Germany), BNL (US) and IHEP (China).

The work done and proposed by the group that will be done at IITM spans the three key areas that are required to perform research in experimental particle physics: (1) data analysis and extraction of the physics parameters that results in world leading publications; (2) design and fabrication of instrumentation for the detectors that operate at these facilities; and (3) advanced software and distributed computng that allows of the mining of petabytes of data to accurately measure parameters and search for new phenomena.

Particles of the Standard Model https://home.cern/science/physics/standard-model

The Centre of Excellence (CoE) for Experimental High Energy Physics will focus on making world-leading measurements in experimental particle physics, which is the study of the most basic building blocks of matter and the forces that act between them. The field of experimental particle physics addresses questions related to the origins of the universe and the energy budget we observe in the universe today. For example, the origin of the dark matter, the reason for the dominance of matter over antimatter and how the strong nuclear force works. Here we will describe the methodology of experimental particle physics, which will set the scene as to how the CoE will produce more world-leading results and further our leadership role within the field.

Experiments in particle physics are undertaken by large international collaborations ranging from a few hundred to a few thousand scientists in size. The complexity and scale of the experiments required to make measurements in particle physics leads to the requirement of such collaborations. The primary tool in particle physics are accelerators, the largest of which is the Large Hadron Collider (LHC) at CERN, which has a circumference of 27 km and lies beneath the Switzerland-France border near Geneva. The LHC is at what is termed the ‘energy frontier’ of particle physics and is probing directly the largest manmade energies produced since just after the big bang. There are also a handful of other accelerator laboratories around the world performing measurements at the so-called ‘intensity frontier’, which are acquiring unprecedentedly large samples of data to make precision measurements or search for rare decays. One of the premier intensity frontier experiments is Belle II, which is operating at KEK, The High Energy Accelerator Research Centre, Tsukuba, Japan. The large scale of the experiments means that they can take decades from inception to realization and once operating will do so for decades. Therefore, the time scale of high energy experiments are very long and there are several projects at different stages concurrently.

Each of the above is challenging and to be a world leading group in the field there should be contributions in each of these areas with excellence in at least one and preferably two.

The potential impact of this so-called “blue-skies research” is impossible to assess a priori. However, particle physics has a rich history of pushing the boundaries of knowledge and making paradigm shifting advancements, such as the quark model of matter and unification of electromagnetic and weak interactions. Today for example, understanding the nature of dark matter may lead to another step change in how we view the universe. Furthermore, the technological advancements related to particle physics experiments have led to significant spin offs such as proton therapy and most famously the world-wide web. The acknowledged benefit of this type of research as a stimulus to high-tech economies has been recognized in many countries such as the US, EU and Japan making them the leaders of the field. As India aspires to join these advanced economies, such research as proposed here will be a driver of progress.

This proposal will enhance the already significant contribution of the IITM group – Profs. Behera, Libby and Pujahari – to the field of experimental particle physics. We are active in the world leading CMS experiment at the LHC and the Belle II experiment. We will use the resources afforded to a CoE to expand our activities and increase the profile.

The key objectives of the centre are split into two parts: ‘Enhanced participation in existing projects’ and ‘New initiatives’.

CMS experiment at CERN: we will produce more physics publications from the existing data that has been accumulated in so-called Run 2 that ended in 2018. (Run 3 will begin in Spring 2022.) There are eight students currently working on analyses. We would plan to bring a YIF to work on CMS analysis within the group opening new avenues and to take on additional responsibilities within the experiment, in particular leadership of analyses or performance groups. In parallel there is work ongoing related to the upgrade of the CMS detector which will take place in 2025. This focuses on the silicon tracker for which bespoke mechanics are being produced at IITM.

both Belle II and BESIII experiment are taking large new data sets during the next five years, which will yield many physics publications. We are leading some of the first measurements with three Ph.D. students and two more to join. We would use the CoE funding to increase our participation in the current data-taking to deliver some of the first world class publications. These activities will continue through phases I and II. India-based neutrino observatory: continued participation in instrumentation and physics.

We plan to set up a state of art testing facility for the silicon sensors with a fully integrated readout system. The facility will also have an X-ray source in Phase II that will be used for radiation damage study of the sensor. The result will be shared with the collaborating groups. The result will be used for improving the next series of the sensor development and finally, we expect to have a final designed sensor. We expect to explore it’s application to other fields like imaging with high resolution. To study high radiation effects, we have to use a proton beam facility at DESY, Germany. Our group will have to travel to DESY to participate in the beam test. The group also will also visit collaborating institutes for exchange of ideas and vice versa. This is an excellent opportunity to be part of the development of the next generation of sensors and establish a testing facility for human resource development.

to be established at IITM for analysis of CMS, Belle II and future experiments.

The CBM experiment at FAIR will provide an extensive range of beams from protons and antiprotons to ions up to uranium with world record intensities from 2025. In parallel, the group will participate in the development of the EIC as it enters its conceptual design stage. In parallel development of Higher-Level Trigger and data-acquisition for these experiments that will have high-rates will be pursued. A YIF would be sought in phase II to support these activities.

We will leverage our expertise in instrumentation and analysis to begin participation in the future  electron-positron collision experiments FCC-ee or ILC.

(Left) Measurements of the CP violating phase s and width difference s in 𝐵_𝑠^0→𝐽/𝜓𝜙 at CMS [PLB 816 (2021) 136188] and (right) measurements of the average cosine (ci) and sine (si) of the strong-phase difference in 𝐷^0→𝐾_(𝑆.𝐿)^0 𝜋^+ 𝜋^− decays at BESIII [PRL 124 (2020) 241802]. In the latter, red points are the measurements where the number labels indicate different regions of the three-body phase space of the final state; the green points and open circles are previous measurements and model predictions, respectively, for comparison.

The research and blue-skies nature of experimental high energy physics means that the direct societal impact is not applicable in the short term. In the medium term with the establishment of a more significant instrumentation programme the advanced sensors, particularly silicon sensors, can have potential applications for medical imaging and security applications involving ionization radiation. However, as already noted, big-science research such as HEP has an indirect effect as a driver toward a more high-tech economy with a strong R&D component.

The broader impact on society primarily comes about through the training of our Ph.D. and IPDFs, which is critical human resource development for a high-tech society. Our research programme places students in premier big-science facilities around the globe to get an internationalized training that differs from many other areas of research. They have to work collaboratively across borders with people of differing expertise to perform their research.

The silicon sensor characterization facility developed at IIT Madras will be able to attract funding from DST as part of detector development for future experiments or from SERB through the regular funding. Since the silicon industries are limited in India, We will explore to work with groups or top universities around the world.

In addition, the programme will also receive funding from the DAE-DST Megascience stream. We have previously received funding for INO and CMS through these streams. The next five year proposal for CMS  worth 12.8 crore should commence in March 2021 and there is a proposal pending for Belle II worth 3.6 crore over five years. We will be looking for funding along similar lines for the future large initiatives such as CBM and EIC, as well as smaller grants to drive exchange such as the UKIERI grants already or initiatives related to the generic instrumentation.

We are in the process of purchasing equipment. We have procured an Oscilloscope and laser source. Global tender out for linear stage measuring tool and high-performance computing. Ongoing collaborative work with CMS, Belle II, BESIII and EIC projects. The latter is a new initiative this year.

In the process of setting up the test facility for silicon sensors.

We have monthly meeting with CERN group to discuss on the development on the silicon sensor test facility development at IITM Ongoing collaborations with many universities at CERN Switzerland,, Brookhaven US, IHEP China and KEK Japan through the CMS, EIC, BESIII and Belle II experiments